Sherwood Gardens offers community members the opportunity to honor and remember friends and loved ones through the planting of a tree or a flower bed. Planting a tree or a flower bed is an act of direct benefit to all, inspiring energy and courage, while carrying forward the name of those memorialized in a living, vital way that grows grander with the years. To maintain the gardens as a natural place for recreation for members of the community, we no longer allow for permanent memorial plaques or signage. To honor your friend or loved one, we will add their name, biography, and a picture of the gift to this memorial page, for all to see.

If you are interested in a garden dedication or making a donation to Sherwood Gardens in memory of a loved one, please contact officemanager@guilfordassociation.org or 410-889-1717 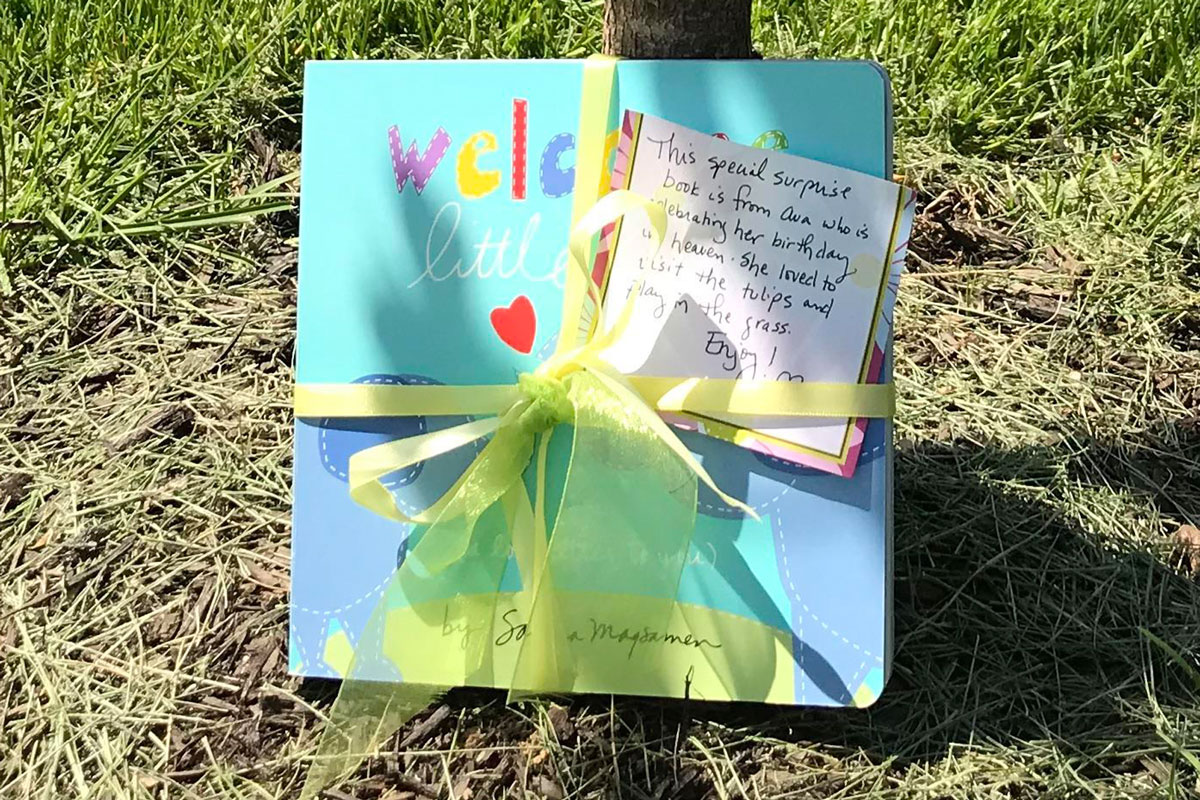 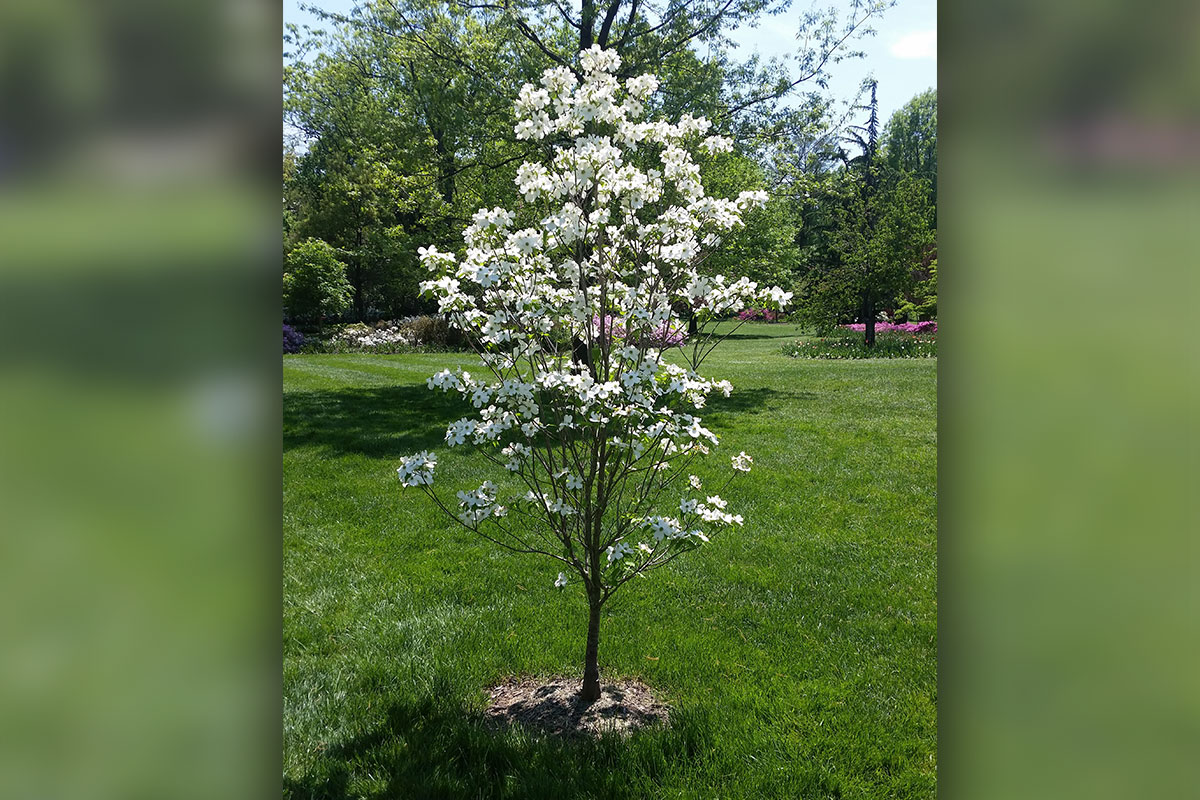 To those that have generously donated flowers, trees or financial gifts to Sherwood Gardens in honor of a friend or loved one, thank you for supporting our work. This page captures these generous donations made to Sherwood Gardens and the memories of those being honored.

A memorial garden was planted in honor of Dr. Judith (Judy) Amsterdam, born May 1, 1953 in Queens, NY. Judy graduated from Case Western Reserve University earning an honors degree in psychology. It was there that she met her husband Larry Amsterdam, where together they went on to the University of Pennsylvania’s School of Dental Medicine. The couple moved to Baltimore, MD stationed with the U.S. Public Health Service. Judy and Larry established their roots in Baltimore, raising their two daughters Alisa and Rachel and operating Country Ridge Dental Associates. Judy was well known for being an amazing, loving and devoted mother and a thoughtful and caring wife, sister, daughter and friend to so many. Judy was an extremely strong individual; full of energy and determination for all that she was passionate about — her daughters, her family, her business, and even politics and photography. She loved being outdoors, enjoying flowers and nature, and always looked forward to the time surrounding her birthday when she could enjoy the beautiful tulips in bloom at Sherwood Gardens with family and friends.

A memorial stone was placed in Sherwood Gardens in honor of Dorothy “Dottie” Barnett. Dottie left this world in January 2002. Dottie loved Sherwood Gardens and played a key role in getting the Sherwood Gardens summer flowers program started and established. Dottie grew up in New York, moved to California, where she met her husband Bruce, before she moved to Baltimore. Dottie may be remembered when visiting the stone, or in the summer, when viewing the beautiful summer flowers.

A memorial tree was planted in honor of Bonnie Bush. Bonnie Bush was a professional artist and restorationist in Baltimore. She put her many talents to work when she restored the historic Grace and St. Peter’s Church in the Mount Vernon neighborhood of Baltimore after significant damage from a winter storm. Bonnie’s love and affinity for tulips and Sherwood Gardens inspired a group of friends to plant a dogwood tree in her memory. Bonnie is loved and remembered, especially when she is visited through her tree at Sherwood Gardens.

A memorial tree was planted in honor of Chang Goodwin, a lifelong resident of Guilford. Mr. Goodwin taught Geography at Gillman and always flew flags of countries the United States had diplomatic relations with on those countries’ special days, like Independence Day. Mr. Chang was a gentle and kind person. He was known by neighbors for walking around the garden each day with his wife and their Cavalier King Charles, always wearing a bowtie and jacket. Collogues planted an evergreen to honor the memory of Chang Goodwin.

A memorial tree was planted in honor of Carver Green, long-time Guilford resident. Carver was multi-talented and his interests included the organ, knitting, antiques, France and his garden club. A long-time employee of BG&E, his smile was legendary and he could find common ground with almost anyone. He was intensely loyal to his friends, many of whom contributed to a magnolia planted in Sherwood Gardens to honor his life and memory.

A memorial tree was planted in honor of Dr. Andrew Michael Munster, a man who accomplished many things in his lifetime. Dr. Munster was born in Hungary, attended medical school in Sydney, and was trained as a surgeon in London and Boston. Dr. Munster volunteered for the U.S. Army medical core during Vietnam war and brought many burn victims back to states for treatment at the Brooke Army Medical Center. He spent six months in the Himalayas working and trekking. Dr. Munster was a professor of Surgery at Johns Hopkins University, the Directory of Baltimore Regional Burn Center, and was a guest lecturer all over the world.

A memorial tree was planted in honor of Beverly Quinones, a great friend, tireless worker, and an important benefactor of Sherwood Gardens. Beverly studied at the Cincinnati Conservatory of Music, and was a professional singer during her years in Washington, singing at the inaugural balls for Presidents Kennedy, Nixon, and Ford. She and her husband of 44 years moved to Guilford in 1973. Beverly was actively involved in the community, welcoming new neighbors, writing as the Guilford Columnist for the Messenger, and presiding over the Holiday Party committee from 1993 to 2012. While she was an important part of the community, she was at her best when out with Carlos, celebrating their anniversary on Valentine’s Day at the Engineers club. Beverly is remembered by her family and those that visit the Magnolia tree at Sherwood Gardens.

Two memorial trees were planted in honor of Dr. Toni Shippenberg-Stein, a distinguished scientist, adoring friend, and loving mother. Toni devoted two decades of her life pursuing neuroscience addiction research on behalf of the National Institute on Drug Abuse. She was seen as an influential leader—both nationally and internationally—in the opiate and psychostimulant research areas, and was one of the crown jewels of the Intramural Research Program in Baltimore. Dr Shippenberg was the recipient of numerous awards over the years, including the NIDA/NIH Women Scientist Achievement Award in 2009, a J. William Fulbright Senior Specialist Award in 2008, an Australian Federation Fellow award in 2006, the NIDA Director’s Scientific Merit Award in 1994, 1995, and 1998, and the NIH Outstanding Mentor of the Year Award in 2005. Toni’s positive energy, sense of humor, and warm personality will be missed as much as her science. She will be remembered both as a wonderful person and for her contributions to addiction neuroscience. Toni was the anchor of her community both professionally and personally. She had a big heart and positive energy that permeated the room and those around her. She is survived by her daughter, Allie and her mother, Trudi.

A memorial tree was planted in honor of Willard E. Standiford by Richard Stothoff. Will died on July 20, 2021, at the age of 87. He was a highly-regarded pediatrician, founder of the Pediatric Center in Catonsville and Columbia and Professor Emeritus at Johns Hopkins Hospital and the University of Maryland. A gardener himself, Will loved the outdoors. As undergraduates at Hopkins in the 1950s, Will and his classmate Dick Stothoff enjoyed walking in Sherwood Gardens as a break from school. They kept up their friendship for the rest of their lives, and years later, when Dick came to Baltimore for a visit, he and Will and their families would picnic together in the Gardens. Will was loved and admired as a generous, wise, and compassionate physician, father, husband, grandfather, and friend, and is deeply missed.

If your dedication is missing we apologize and ask that you help us correct the error by contacting our Office Manager at officemanager@guilfordassociation.org or 410-889-1717. Thank you.